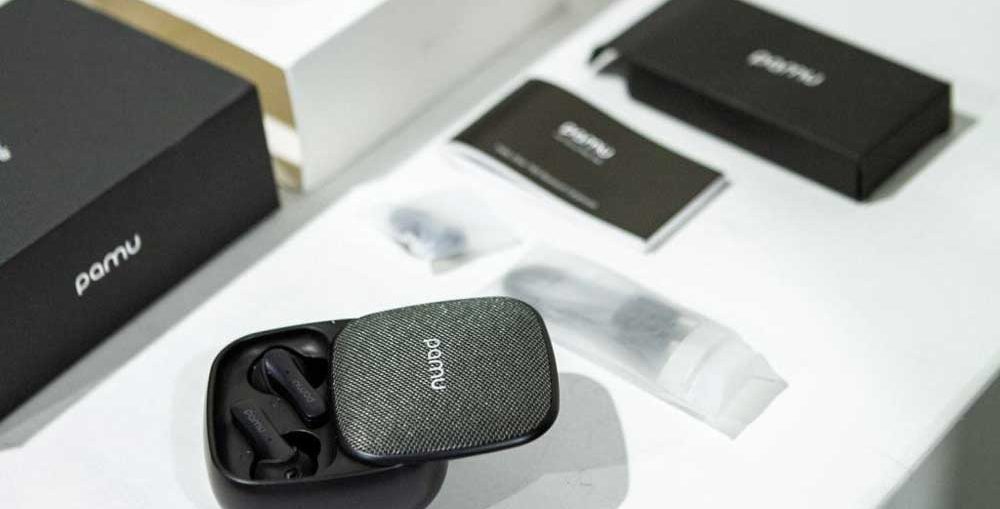 Pamu Slide is a wireless headset that is initially sold at a very low price.

Pamu Slide has just been in production after having undergone a successful crowdfunding campaign on Indiegogo. The headset is on sale at Indiegogo for the $ 49 facile promotional price. Regular price is $ 199. For another 10 dollars you get a plus version with the possibility to charge your mobile wirelessly. The headset is flush-proof (IPX6).

The headphones is completely wireless which is nice considering that wires always have a tendency to be in the way. The playing time is stated to be 10 hours and the charging case provides another five times charge. The total charging time will thus be 60 hours.

Given the low initial price tag, one cannot have too high expectations for Pamu Slide. However, the headset is comfortable in the ears and they do not fall out in the first place. On the outside there are two multifunction buttons – one on each ear. These are of touch function and work well. One press pauses the music, two steps forward in the track list. A long press raises or decreases the volume. In addition, you can answer calls and start the voice assistant.

Sound-wise, one cannot expect any big words in view of the campaign’s price, but much more at regular prices. The sound is difficult to evaluate. It is good for having a reasonable base for the lower price. The sound is smoother and unyielding, but not worth the price of $ 199.

The microphone does not hold a high class. The ones I talked to have complained that I sound far away and above all rude. It was hard to hear what I was saying.

Pamu Slide is a full-featured headset for the promotional prize. It’s actually impressive that you managed to create a wireless headphones for $ 49, but it’s just a promotional price. The biggest weakness is the sound that is obliterated and not worth $ 199.