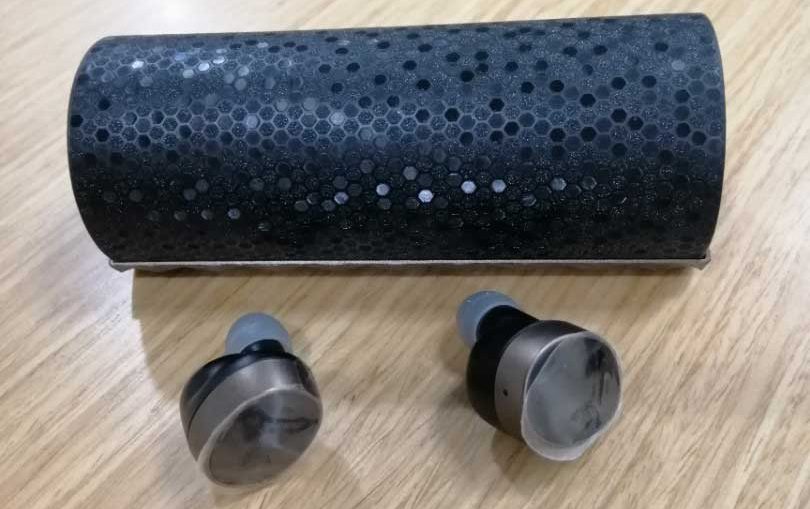 The PaMu scroll wireless headphones is most talked of the moment, thanks to a really aggressive marketing campaign. Let’s find out if they are really as special as they say.

This is a pair of padmate pamu scroll launched in a crowdfunding campaign on Indiegogo that allowed the first ones to buy them, it coats around $ 39. After the campaign, it will be available for $ 79. The initial price is absolutely worth buying at 79 dollars. I’ll explain why!

The headphones are in ear and they do not have mechanical aids to stand still, they are very stable to the ear even if they are annoying after a while. They also have touch controls, a tap for stopping or resuming a song, or for disconnecting a call, two taps to answer a call, or to change tracks (on the right earpiece) or to activate Google Assistant (on the left earpiece). However, the possibility of adjusting the volume is missing and the command is implemented with a small delay, which makes you doubt that you have plugged it correctly at a times .

The audio is transmitted via Bluetooth 5.0 which allows it to be synchronized correctly and to have calls in stereo. The audio is essentially average, bass very obvious. On call, they hear me pretty well even if the ambient noises are not very muted, but sometimes you hear a little rumble.

Speaking of the case, the first thing I did not like is that the headphones have a space between the joint and the cover, this means that they can come out of the seat inadvertently, thus connecting to the smartphone unnecessarily. The case is quite large, so in the summer it could be a problem to have it in your pocket.

Obviously it is possible to load them inside even if there is a bit of battery drain, so even leaving them in the package, you end up finding them completely discharged after a few days. The charge in reproduction lasts about 3 hours and a half. The pairing with the smartphone is instead very fast, as soon as out of the box they match the smartphone both.

In summary, they are the best wireless earphones that are worth the $39 at the beginning of the campaign and that lose sense to the current $79. But, at $149 absolutely out of place!