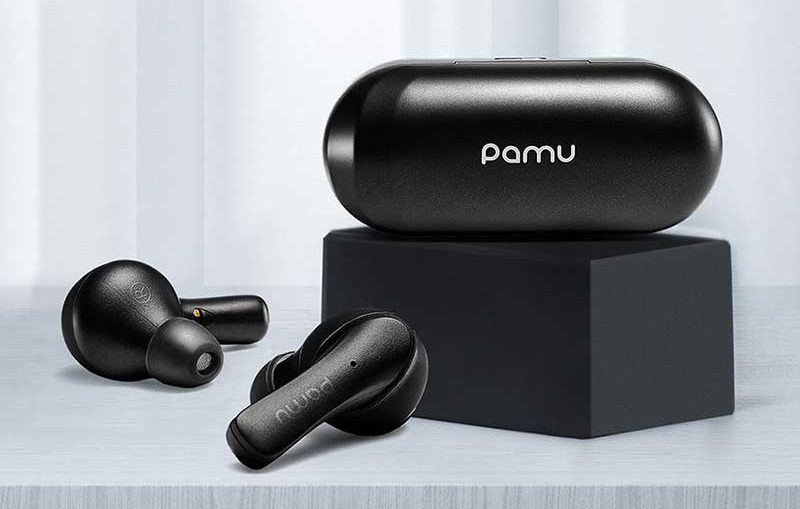 This year, the PaMu Slide product broke many of Indiegogo ‘s crowdfunding records with 82,000 supporters, to continue that success of the previous generation product, the PaMu Slide Mini Headphones was launched in an extremely segment, with a small twist, making it easier to reach even more audio enthusiasts.

The design and style of the housing part of the PaMu Slide Mini is not changed, still retains the same shape size of the same as his brother, still feels too comfortable, extremely Certainly easily fits into any user’s ear structure.

The earplug is designed to be non-slip, and the silicon parts are made from a safe and soft medical silicone material that prevents ear irritation from wearing comfortably without worry.

Moreover, the PaMu Slide Mini are meticulously engineered to not only be comfortable to wear, but also to improve noise isolation, reducing noise in impulsive environments.

The PaMu Slide Mini housing is still used fast and sensitive touch to help users with more of their most needed tasks: listening to calls, playing, pausing, rewinding, turning up and down, raising the assistant virtual …

Now the charging box of the PaMu Slide Mini will be designed to open and close in the form of a shell easier, more convenient than the surface is designed matte paint to avoid fingerprints and still integrated. LED light on the front to inform the remaining Battery life of the product. And be charged via USB-C interface.

It’s also a pity that shrinking the size of the charging box also reduces the battery life quite significantly, reducing the battery life of the PaMu Slide Mini to just over 30 hours , and at the same time Eliminate the ability to wirelessly reverse charge your mobile devices. But still integrated with Qi wireless charging capability for charging docks, guys, at a much more affordable price, this small change is completely acceptable for easier access to the price segment.

The ability to talk of the PaMu Slide Mini is highly appreciated because it uses noise reduction technology with Noise Reduction microphone with dual microphones on each headset to bring conversations to be said to be as real as even human. Use in noisy environments still offers the ability to be clearer to consumers.

The PaMu Slide Mini is a compact version of the design of the charging docks that brings but much convenience, in addition to the ability to charge simultaneously without the sweat-proof standard of IPX6 to bring the ability to play. Active athletic extremely flexible. Battery life is up to 10 hours , a number that is hard to beat.

Because of the above, promising PaMu Slide Mini Headphones will be more accessible to all consumers because of the trendy powerful features, effective stable connection signal, clear sound quality. richer details than ever.